Trillium Employment Services is a nonprofit organization committed to integrating people with intellectual disabilities into the workforce. Our staff of skilled professionals work closely with businesses and applicants to ensure a quality match and long term success.

The mission of Trillium Employment Services is to promote inclusive community and employment opportunities.

We, the staff of Trillium, are committed to realizing a community that celebrates inclusion and diversity through innovative leadership and partnerships.

As the governing body of Trillium Employment Services, the Board of Directors have the following general duties and responsibilities: 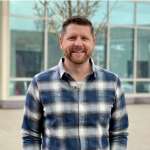 Bryan is the Director of Client Services for Builders Capital, the nations largest private lender for residential construction projects. Bryan graduated from the University of Hawai’i at Manoa where he received his bachelor’s degree in economics and later graduated from the Pacific Coast Banking School (University of Washington Foster School of Business). He has been on the Trillium board since 2014. As a former Trillium employment consultant on the Pierce team, Bryan has a close and thorough understanding of the work and mission of Trillium. Bryan brings with him great connections within the South Sound business community as well as sales experience that he hopes to use in helping Trillium grow and continue to provide quality services to the community.

Bill is a co-owner and Managing partner of Leavitt Group Northwest an Insurance Agency with offices in Auburn, Everett, University Place and Oak Harbor. A longtime resident of Auburn, Bill has been a business leader in Auburn for over 30 years. He is a past president and current member of the Kiwanis club of Auburn and Past Board member of Valley Bank. Bill also has a lot of experience with non-profit directorship having served for several years as board president of Auburn Youth Resources now Nexus Youth and Family Services. He currently serves on the Auburn Symphony Board as Development committee chairman. Currently serving at the request of the Mayor and Auburn City Council on the Business Improvement Rate payers board as Vice-Chairman.  Bill brings a perspective of business ownership a well as non-profit leadership to the board of Trillium. Bill also hired an employee through Trillium. 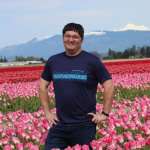 David Murahashi is an Independent Special Education Trainer and Consultant. His career began as a job coach through WISE where he found that he really enjoyed working with transition age students in the classroom and at job sites. In 2012, he graduated from Seattle Pacific University with a degree in Special Education.

David has been working in the disability field since 2009 but there are two important things that has helped shaped him. First, he has an older sister with Down syndrome who currently lives and works in the community and has taught him about what is possible. Second, he is a stroke survivor that has given him unique insights into the world of disabilities.

Despite the health setbacks, David has helped develop several programs designed to help people with disabilities and their families to start younger and to prepare them for future employment and life in the community. These programs have been implemented in several counties in Washington and Oregon.

David currently is a Person-Centered Planner who loves to help individuals find their voice and to help them make their hopes and dreams a reality. He serves on the board of Washington APSE and Trillium Employment Services. David has a strong belief that with the right support, all people have the skills, abilities and right to live, learn, work and play in their community.

Karen Satterberg has been the Senior living Industry for 13 years, currently Marketing Dir. for GenCare Lifestyle of Federal Way . She comes to us with a background of being in the Financial markets for 26 years prior to that. Karen graduated from WSU in Hospitality Management and worked for Hyatt Hotels right out of school. Active in Rotary and being on their board, working on the Committee for Partners for Work program, is how she came to know about the wonderful work that Trillium is doing. She also brings personal insight as she is a mother to a 26 year old Autistic young man. 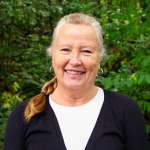 Laurie earned an M.S. in Counseling from the University of Oregon and moved to Seattle in 1977 intending to be a marriage counselor. Along the way she took a part-time job at the University of  Washington teaching adults with developmental disabilities how to work in the food service industry as part of one of the first supported employment programs in the US – and never did get back into counseling!

She left the UW in 1989 to join the Center for Continuing Education in Rehabilitation (CCER) which was then at Seattle University and is now part of the Department of Rehabilitation Medicine at the UW. At CCER, Laurie was involved in continuing education and technical assistance for Vocational Rehabilitation (VR) agencies and community rehabilitation programs for over thirty years. She also had opportunities to serve on national advisory committees including the Adequacy of Incentives Committee for the Ticket to Work and Work Incentives Improvement Act and state bodies such as the Statewide Independent Living Council, and to write a book on employment services for people with psychiatric disabilities among other things. Most recently Laurie has been providing technical assistance to VR agencies nationally on topics such as supported employment and business engagement. She retired from CCER on January 1, 2021. 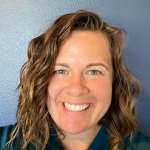 Katie Hilen is an attorney serving as Deputy General Counsel for Tacoma Public Schools. She’s a graduate of Washington State University and Gonzaga School of Law. Katie hopes to draw on her experience interpreting regulations and reviewing policies while serving as a member of the Trillium Board.

Teddy Walston has served as a vocational rehabilitation counselor in the state of Oregon for the past eight years. As a black man with cerebral palsy, living in Southern Oregon, Teddy is on a mission to change the way we discuss matters of DEI. Self-love is the first domino in the chain reaction that is systems change AND it begins now.

Teddy lives in Salem, OR with his family.

Medford, OR
Accessibility by WAH